Prof. Tei was born in 1948 in Iwate Prefecture. He is an emeritus professor at Tokyo Metropolitan University, researching ethnic studies, national identity and Japan Korea relations. His publications include Japanese Images of South Korea, Korean Images of Japan, and The Unbearable Lightness of Being Koreans in Japan (all from Chuko Shinsho), The Myth of the Forcibly-Brought Zainichi (Bunshun Shinsho), Nationalism of South Korea (Iwanami Gendai Bunko) and the recently edited volume, Best Essay Collection on the Period of the Japanese Annexation of Korea (Chikuma Bunko).

The late anthropologist Clifford Geertz once observed that people living in the new states that gained independence following World War II were driven simultaneously by two desires (although Geertz himself used the term, “motives”). When states were able to maintain a benign tension between these two desires they moved forward in development, but when the two desires occasionally stood in opposition to one another, this obstructed a state's development and brought about the greatest harm.

So, what were the two desires? One was the desire to be known and respected in international society, while the other was the desire to build a dynamic and efficient modern state. The former desire was one of self-assertion and approval—the desire to be recognized as a member of the community of states. The latter was the practical desire to improve living standards for the people living in a given state, to form an effective government, and to expand social justice.

In The Integrative Revolution, The Interpretation of Cultures (Basic Books,1973), Geertz, thinking mainly of the polyglot, multi-ethnic, multi-creedal countries of Asia and Africa, states that the two desires give rise to “severe and chronic” tension for two reasons. The first reason is that people’s sense of self is deeply bound up in primordial sentiments such as blood ties, race, locality, language, and religion, and the second reason is that independent states are increasingly important for the realization of group aims. The Integrative Revolution was first published in 1963, and was written during a period of severe trial for the many Asian and African independent nations then coming into existence.

I first encountered The Integrative Revolution in the late 1980s, when I was living in South Korea. The term, “primordial sentiments” struck a chord within me. I felt then that I might write a compelling theory of South Korea using “primordial sentiments” as my touchstone, but as time passed and the work remained unfinished, I eventually forgot about my own ideas and Geertzʼ book itself.

As I now reread The Integrative Revolution, I call to mind both the racial and linguistic homogeneity of South Korea—a contrast with many new states—and the intelligence of the political leaders who maintained a state of benign tension between the two desires, thus setting South Korea on the road to development. One does not arrive at an efficient and dynamic modern state by leaving things in the hands of nature. One suspects that, from the perspective of the political leaders of the multi-ethnic, polyglot, and multi-creedal states of Asia and Africa, the situation in South Korea looks enviable. In most new states, could one expect that there would be no one in the entire country unable to understand the language that the president speaks?

This is not to say, however, that South Korean political leaders faced no tests of their own. Between the complications of culture and tradition and discord with political enemies, what at first blush seem fortunate conditions can turn out to be, in actuality, the depths of misfortune.

Changes would eventually come even to South Korea. What spurred those changes along was a concordance of the public mood, the precise opposite of the alienation of popular feeling seen so often in new states, providing an example of what happens when “primordial sentiments” are advocated in countries distinguished by racial and linguistic homogeneity.

The situation in neighboring Japan may seem similar, but isn’t. Japan, like South Korea, is a country characterized by racial and linguistic homogeneity, and the Japanese are not free from racial narcissism. However, in postwar Japan, it has been taboo to bring up primordial sentiments when discussing national identity. This taboo functions as a check upon primordial sentiments.

When one removes historical and cultural factors, the differences between South Korea and Japan may very well be due to slight disparities in conditions. Though small in number, there are groups of foreigners and other ethnicities within Japan, and their existence constrains Japanese nationalism, thus playing a critical role. While the presence of Okinawans and Ainu is also important, in postwar Japan the role played by resident Koreans (from both halves of the now-divided peninsula) as critics of nationalism has been immense. By comparison, in South Korea, when racial narcissism is discussed there are no groups to feel that their own dignity has been wounded and which will attempt raising formal objections.

While one must not forget to extend the comparison to South Korea’s identical twin, North Korea, it is also the case that, early on, North Korean primordial sentiments were colluded with the desire for self-affirmation, leading to the formation of a narcissistic nation without parallel anywhere in the world. Compared with North Korea, South Korean nationalism can be said to be healthy, and to possess a character of self-restraint. And yet, one must not therefore allow that all is well, because the relationship of benign tension between the two desires that one perceived in the past has changed into an illicit union, which is spreading anxiety about the future of South Korea and her neighbors.

There are three important points. First, South Koreans’ sense of self is strongly tied in with primordial sentiments such as blood relations and race, all of which are easily excited, especially through the medium of “anti-Japanism.” Second, when primordial sentiments are publicly advocated in ethnically-homogeneous South Korea, there are no groups which may feel that their dignity has been wounded thereby. And third, while primordial sentiments are typically discussed in terms of the state, from time to time they are also discussed in terms of the nation, and in ways that include the people of North Korea, a trend that has been increasing in recent years.

What changes, then, have been occurring in South Korea? I would like here to discuss the redefinition of national identity, as South Korea transitions from a country of anti-Communist nationalism to one of pan-Korean nationalism.

In retrospect, South Korea has been a country that, for many years, has made skillful use of Japan in order to build a modern, dynamic state, even while championing anti-Japanism. South Korea was dedicated to obtaining from Japan the materials, personnel, and technology necessary for its own development and flourishing, and the Japanese cooperated in that effort.

One could perhaps trace South Korea’s having made its anti-Japanism explicit to President Roh Moo-hyun’s March, 2005 declaration of a history war (and diplomatic war) against Japan. In this declaration, President Roh said, “I can no longer overlook (Japan’s) plans to whitewash its history of invasion and control, and to again carry hegemony through to fruition.” The government spent enormous sums of money to establish the Northeast Asian History Foundation while also initiating the diplomatic wars during which South Korea denounced Japan over the two themes of Takeshima and the comfort women. Roh’s successor administrations in South Korea have carried on these policies.

In recent years in South Korea one can grasp some version of reality through the process of the “evil intentions” and “bad government” during the period of the Japanese annexation of Korea (1910-1945) being taught in school textbooks, put on display in museums and memorial halls, and “recreated” on TV. The question, though, is whether this is beneficial for South Koreans.

The answer is that it is not. History in South Korea today tends toward the passionate, and is entirely too political, collectivist, and polemical. The South Koreans forget about fighting against themselves. This is not a recipe for human happiness. South Koreaʼs attitude of disregard for the psychology of those living in neighboring countries is also beyond the pale. South Korean media and politicians in recent years seem to have the grievance that the relationship between Japan and South Korea is one between aggressors and victims, so that, therefore, the South Koreans should be the ones doing the blaming and censuring, and the Japanese should be the ones thinking about the wrong they have done. However, the Japanese who feel that that arrangement is self-evidently just are now in the minority.

The South Korean media has a duty to convey to the South Korean people forthrightly that there are more than a few people in Japan who are angry with their neighbors. The South Koreans have developed a bad habit of late of interpreting all Japanese anger as prejudicial hatred of Koreans, but to interpret things this way is to trivialize reality. I will close by recording two things I am constantly thinking concerning South Korea.

The first is that, even allowing that Japanese control of the Korean peninsula is a humiliation for South Koreans, the fact is that, after WWII, South Korea took those feelings of humiliation and used them as a tonic to achieve recovery and build a prosperous country, a project with which Japan cooperated. This is an extraordinarily rare achievement, for a former invader and invaded nation to work together after a war. Could there be anything greater in terms of historical awareness that Japan and South Korea could share?

The second thing I am always thinking is that the historical awareness which holds that South Korea was an innocent victim and resolute resister simultaneously brings South Korea into brighter and brighter light while depriving her of contrasting shadows. When I look at South Koreans, who think of history collectively and politically, I next think, automatically, of their identical twin, North Korea. When history is the subject of discussion, where do all the individualistic South Koreans disappear to? 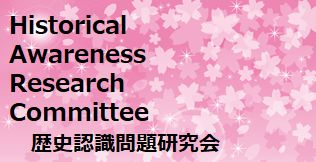